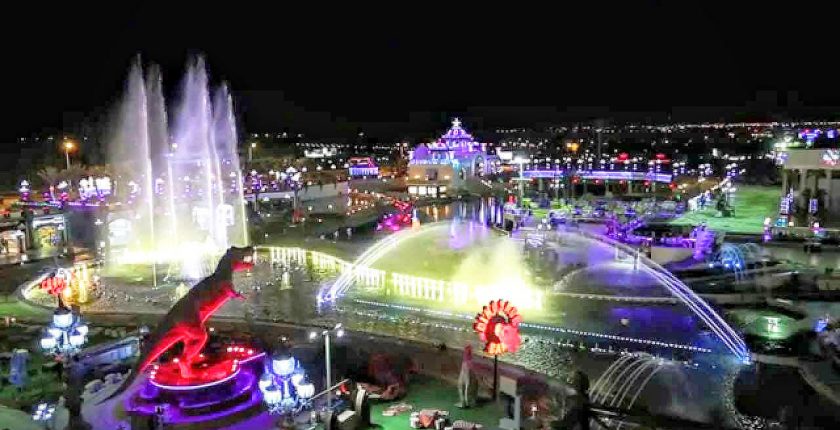 Egypt is a safe tourist destination in 2021

The most important landmarks of Sharm El Sheikh

Soho Square Dancing Fountain: The Soho Square Dancing Fountain is the hub of the modern shopping and entertainment district, having an all-day show, blowing jets of water in time with music. The fountain plays regional classics and international folk rhythms, and it “dances” in a number of synchronized and rhythmic planes. In the middle of a luxurious commercial space, the screen provides a welcome break for weary shoppers. When the sun goes down, the lights shine to illuminate the water and encourage spectators to get up and dance. To visit the Musical Fountain Sharm El Sheikh and other Sharm El Sheikh attractions, use the Sharm El Sheikh itinerary.

The most important landmarks of Hurghada

The “Giftun” is considered the first in terms of importance for the tourism sector, as it is the only island allowed to go down only. It is distinguished by its location near the city of Hurghada, its fine sand and the surrounding sites for diving.

Giftun includes 14 of the most beautiful diving sites in Hurghada, in addition to the diversity of its natural resources, beginning with fine sand and beautiful beaches.

You can enjoy trips to Luxor and Aswan, and visit the most beautiful tourist places in Luxor and Aswan. There is a variety of Nile boats that cruises Luxor and Aswan, whether 5-star or 4-star, which ensures that you make enjoyable Nile cruises with a high and distinguished level of comfort and luxury, and offers elegant double, triple and single rooms, furnished and equipped with comfortable beds and private bathrooms and everything you need in the room.